The origins of many of the Beijing’s subway stations names remain unknown. However, it is clear that some came into being because of the high number of homophones in Chinese, as well as its abundant history. 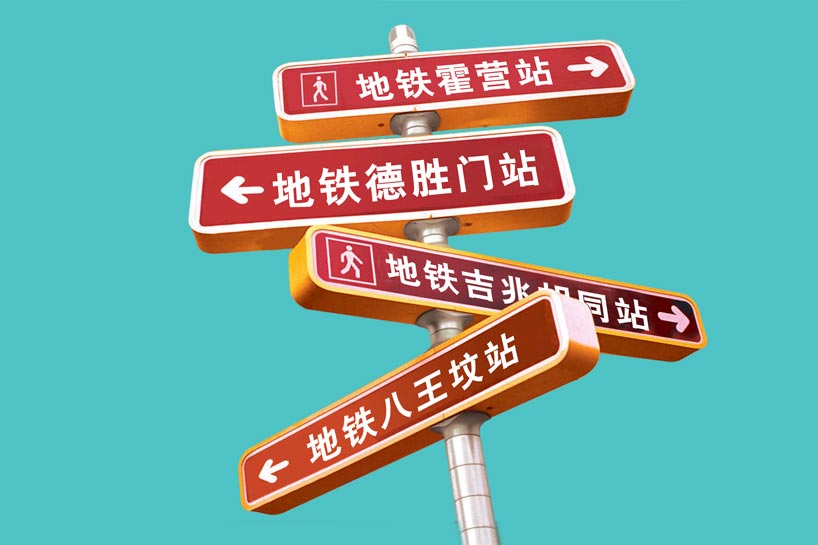 According to
The Wall Street Journal
USA, May 1th, 2014
Last week, China Real Time, a column in The Wall Street Journal, released a Beijing subway map, with the Beijing’s subway stations’ Chinese names literally translated into English. Some readers found it extremely amusing; others, however, challenged the translations generated from Baidu Translate and the efforts of China Real Time. For example, Huo Ying was literally translated into Cholera Camp. A reader felt that Huo’s Camp was a better and more appropriate translation for Huo Ying because Huo is a family name.

To settle the debate on the origins of the names, China Real Time consulted historians, history books and browsed government websites in an attempt to find the true stories behind these seemingly zany names.

Owing to Beijing’s 3,000 years of history, the origins of many of the Beijing’s subway station names remain unknown. However, it is clear that some came into being because of the high number of homophones in Chinese, as well as its abundant history.

For example, according to a government website, there are many different theories for the origin of Huo Ying. The first is that Huò is a surname and Huos used to live here; the second, in the Ming Dynasty, the troops equipped with firearms (huŏ qì, literally ‘fire arms’, and huŏ, ‘fire’ in Chinese, is a homophone for Huò) used to be stationed here (although the website points out that this theory is unsupported by historical records); the third, there used to be a temple dedicated to the God of Fire (huŏ), and huŏ ‘fire’ evolved into Huò, the surname. The fourth was proposed by Liu Xinguang, a professor from the School of Chinese Classics at Renmin University of China. He said that many people from Huozhou, a city in Shanxi province, migrated to Beijing during the Ming Dynasty and this is how Huo Ying got its name. However, more research and evidence is needed in support of his theory.

Not all of the Beijing’s subway stations names are from centuries ago; many appeared in the 20th century, and some former rustic names were changed for the sake of elegance and auspiciousness. For example, “Chicken Feet Hutong” was changed into “Auspicious Hutong”. The names of Beijing’s subway stations in the map only represent a very small portion of Beijing place names. In Beijing, many historically simple names are still in use today, especially those of some minor roads and alleyways: Fried Beans Hutong and Thin Thread Hutong are two typical examples. Gao Xiaosong, a songwriter, director and TV talk show host, once made fun of the road names in Beijing, saying that they sounded rustic. However, taking into account of Beijing’s magnificent palace gates and extensive highway system, the rustic names help add to the charm of this ancient city.

By Confucius Institute Magazine May 12, 2015