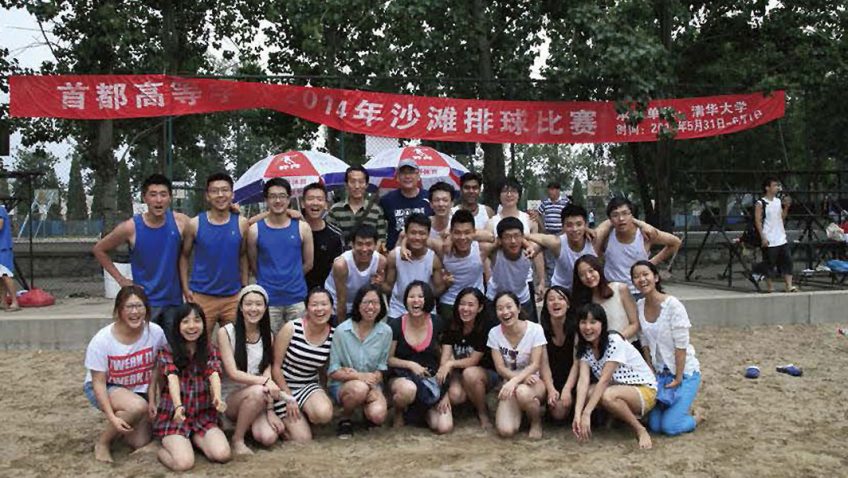 Anveshu Reddy, India: “ I want to continue to pursue my own dream. In the future, regardless of whether I return to India or continue living in China, and no matter how tough the conditions are, I will tirelessly strive to make my contribution for the advancement of volleyball, harnessing the enduring spirit of Chinese women’s team to inspire more people”.

Way back in 2004, a friend and I were at home in India watching the Summer Olympics on TV. It was a live broadcast of China versus Russia for the women’s volleyball championship. I can still vividly remember the match. The Chinese team was stuck in a tough situation off acing the exquisite Russian team without the help of their main power house Zhao Ruirui, who was out due to injury. The team to win three out of five rounds would win the match and be crowned Olympic champions. Down 0-2, there seemed no hope of victory for China, and the opposing team appeared as if it had already won. Then some thing unprecedented happened: those Chinese girls gave a legendary and epic performance, coming from behind to turn the match around,and shocking the world with their vigor and grit. In two and a half grueling hours, China rallied to win three consecutive rounds,successfully defeating Russia with a 3:2 victory and wining the Olympic gold. At that time, Mr. Chen Zhonghe was the coach.

The Chinese team’s display of teamwork and fighting spirit taught me the true art of volleyball, and I began to develop a keen interest in the sport. Whenever I wasn’t in class, I would be on the volleyball court, improving my skills. Having become a big fan of Chinese women’s volleyball, of course I would never miss a match on the TV. Volleyball had become an inseparable part of my life, and those female Chinese athletes were my inspiration.

In 2006, I arrived in China for the first time — a country that already felt so familiar. Here I made many Chinese friends and during our free time we would often play volleyball together. With the help of these new friends, I gained a more thorough understanding of Chinese women’s volleyball, including the spirit they bring to the game.Theirs is the spirit of unity and perseverance under intense struggle and pressure. It was through understanding this that I found a dream of my own — to devote myself to promoting the sport of volleyball, and to harness that same fighting spirit to inspire more people.

Having this new dream, I was full of zeal to achieve it quickly.But I soon discovered that the road to achieving one’s dream is a difficult one indeed, requiring a restless endurance. This realization came in May of 2014, during my participation in a school field trip organized by the Confucius Institute at Communication University China. Accompanied by several wonderful teachers from the university, I had the privilege of traveling to Shandong province to tour the hometown and memorial site of Confucius. As a Confucius Institute Scholarship student, I already knew a lot about Confucius,but after this trip, I understood him more fully. Before I was fairly familiar with some of his most famous sayings. What I didn’t know was how much he had suffered in order to advance his ideas and principles.

In pursuit of his dream, Confucius was a vagabond for 14 years. At the age of nearly 70 years old, far from home, drifting about from place to place, even camping outside and eating in the open wind,he lived on the road for a whole 14 years. What complete bitterness!He could have chosen to stay in his homeland, to receive glory from the people and special treatment from the government, but instead he made the righteous decision to be a wandering wise man for the sake of his honor.

Therefore, I want to continue to pursue my own dream. In the future, regardless of whether I return to India or continue living in China, and no matter how tough the conditions are, I will tirelessly strive to make my contribution for the advancement of volleyball, harnessing the enduring spirit of Chinese women’s team to inspire more people.

Not long ago, the volleyball branch of The City of Beijing University Students’Athletics Association organized the Capital Higher Education Sand Volleyball Tournament at Qinghua University. I was the only international student on my team. Together with my classmates, we represented CUC at what was Beijing’s first sand volleyball tournament for college students. 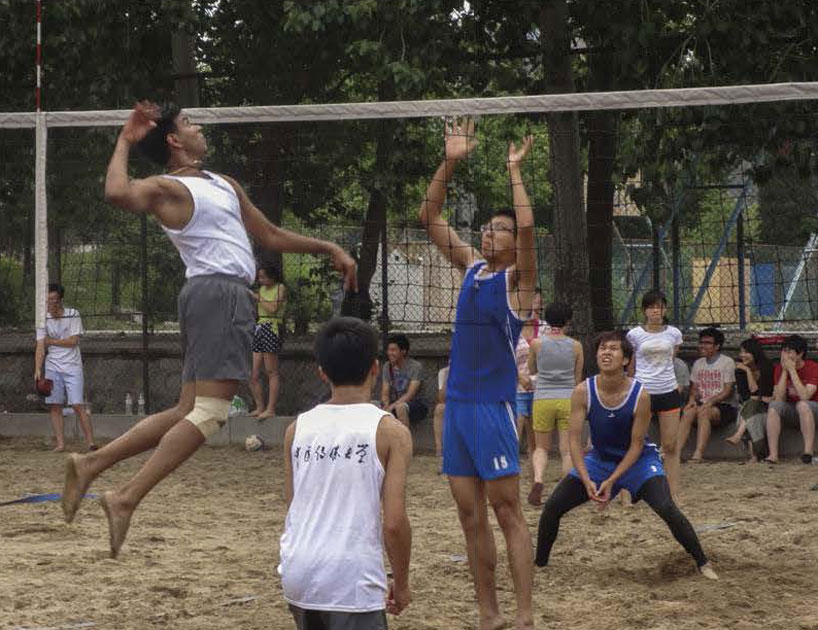 At the tournament, there were 16 teams representing various Beijing universities in the men’s division, divided into four groups.The men’s team from CUC had a good start,placing second in its group. We took our place among the eight strong teams to advance to the quarterfinals, where we easily defeated the team from China University of Mining and Technology. In the semifinals we fought against the team from Qinghua University,who had the home-court advantage. During he match our steady teamwork delivered us a clean victory of 2:0. Finally, we fought against Beihang University for the championship.After falling behind at the beginning of the match, we remained calm and cool-headed,continuing to fight tooth and nail. Fortunately,we quickly won back the lost points, turning the game around to win 2:0 and taking the championship.

During the match, it was our fighting spirit that earned us the victory. This same philosophy can be applied to my life as well. I know it is only with hard work and effort that I am able to achieve my dream — to make my contribution to the advancement of volleyball, utilizing the fighting spirit of the Chinese women’s team to inspire more people!

Message from the supervisor

Anveshu was an MA student in Teaching Chinese to Speakers of Other Languages under my supervision. In autumn 2013, with his love for and dreams of China, he began studying at the Communication University of China. He had a talent for sports, and loved volleyball best. The perseverance and resilience of China’s national women’s volleyball team had greatly inspired him, which was one of the reasons that he had decided to come to China. During his studies in China, as the leading player in the university’s volleyball team, Li won many matches together with his teammates. After graduation, he decided to live and work in China. On the weekends, he joins volleyball events of all kinds with his Chinese friends. 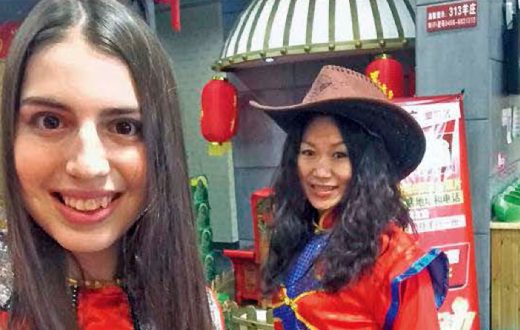 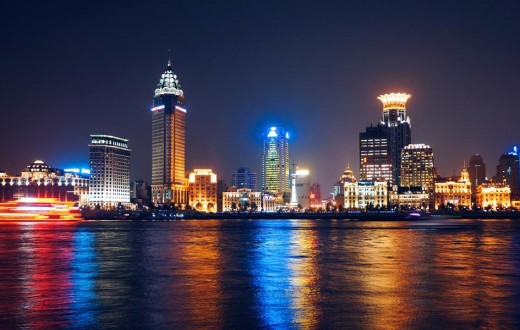 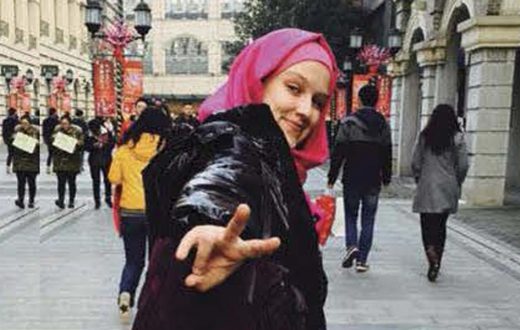 My first bargaining in China 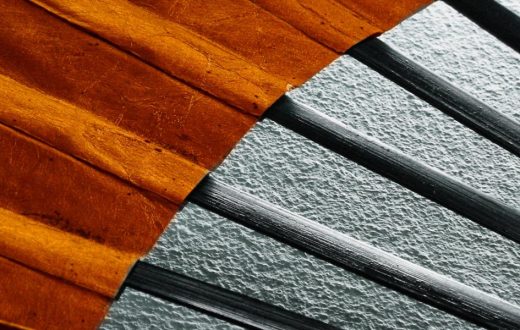 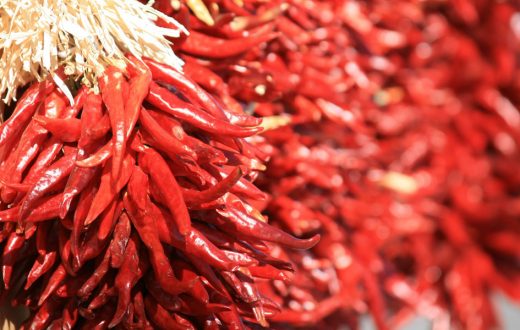 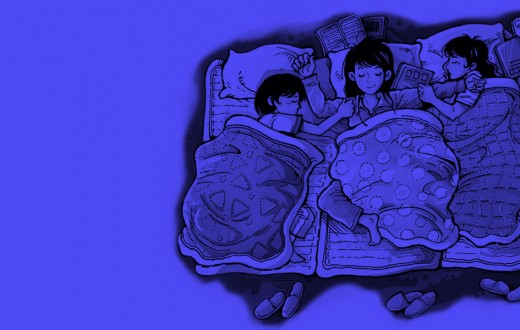 “The More Friends, the Better”