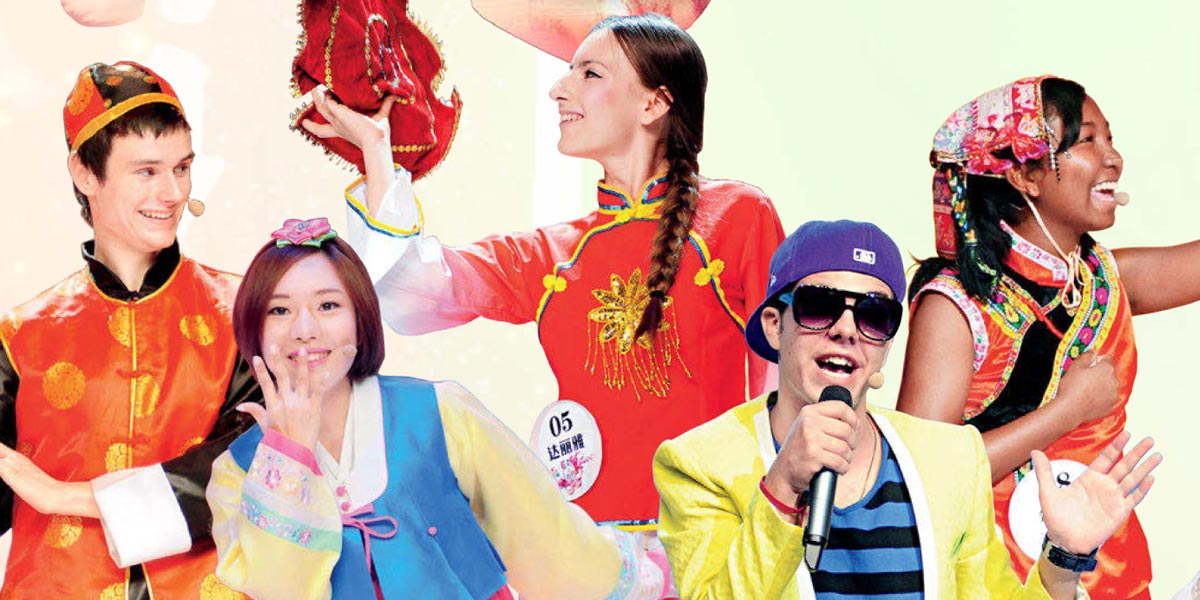 “Chinese Bridge” —Chinese Proficiency Competition for Foreign College Students—, is more than only a competition; it is a platform for youngsters worldwide who love Chinese language and culture to communicate with and learn from each other.

Confucius Institute Reporter
Gao Yanqun
本刊记者 高燕群
It took four days and four nights from Novosibirsk to Beijing by train during which time the Russian girl Tanya always remained awake after she boarded the train. She was very afraid of taking the train as she went through two consecutive traffic accidents in her childhood. But she resolutely hit the road for her much-anticipated destination.

Tanya has changed a lot over the years. Six years ago, Tanya, knowing nothing about Chinese, was suffered from stammer and often felt selfabased. After getting to China for further studies, she has begun to learn Chinese and even practices tongue twister every day. Thanks to her continuous commitment, she has not only grasped language skills and overcome stammer, but also become ever more confident. At this point, she won the opportunity to attend the quarter-finals of the 11th “Chinese Bridge” Chinese Proficiency Competition for Foreign College Students hosted by Hanban. 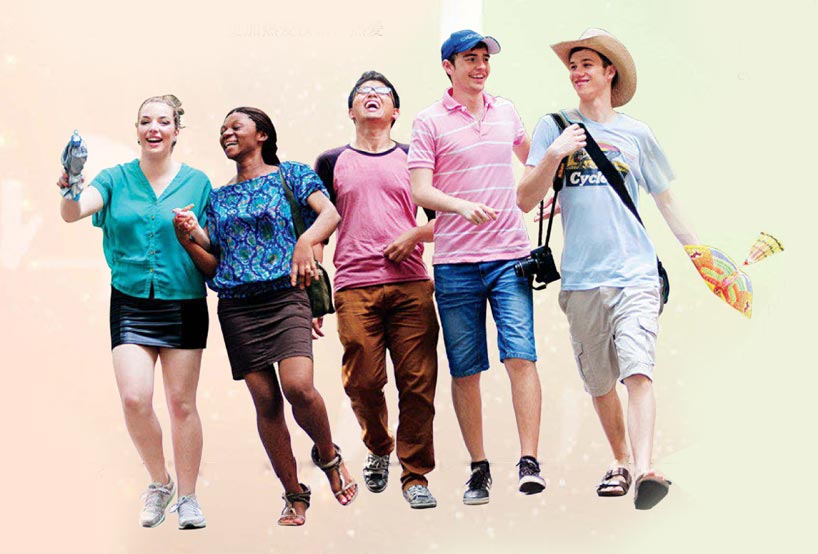 Standing out from Preliminaries to Enter for “Chinese Bridge” Finals

Upon arriving in China, Tanya immediately felt stressed even without time to get excited – all of the other 116 contestants stood out from the crowd of roughly 2,500 college students in preliminaries held in 96 competition areas of 74 countries.

This is within Tanya’s expectation. As a grand international Chinese language competition, the “Chinese Bridge” Chinese Proficiency Competition for Foreign College Students has attracted the participation of more than 250,000 overseas college students since 2002. Tanya vied against other college students across Russia and finally won the qualification for the quarter-finals in China. 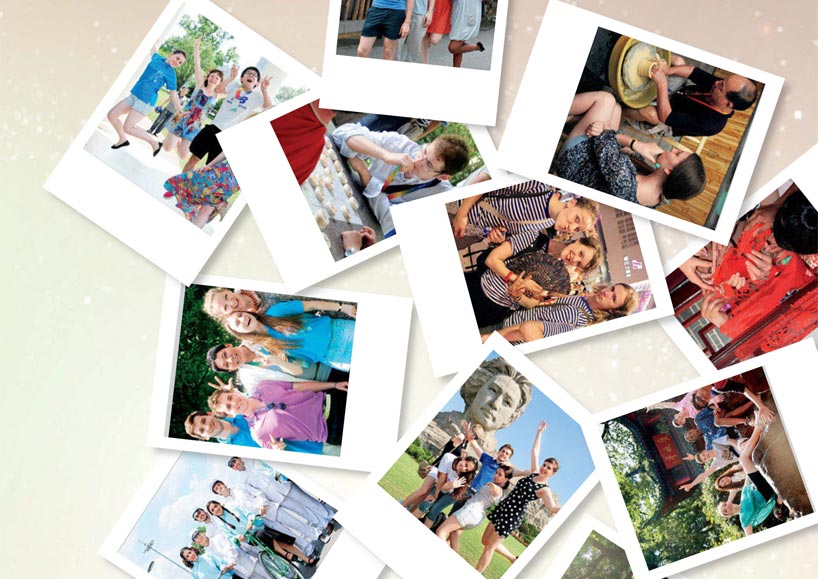 Nearly 70% of the players at the quarter-finals are students of Confucius Institutes. Tanya initially kept in mind Isaia Herimialy Ratsizakaina from Madagascar, Africa who can speak fluent Chinese with standard pronunciation and correct expression after only two years of Chinese study at a Confucius Institute. “Confucius Institute definitely deserves its reputation,” Tanya highly praised, “and the students are so excellent!”

Tanya relaxed gradually from her nervous state in the formal competition. With tight yet orderly arrangement, the Competition offered more opportunities for the contestants to bring out their best. Hanban went all out in designing the procedures of the Competition: one elimination match (including written examination, talent show and Q&A Session), three quarterfinals, two finals and one grand final and every one of which is intensive yet colorful. It tests not just Chinese proficiency, but also overall quality. Tanya thought she had enabling opportunities to display her strong points through such processes as speech, hosting program, Q&A session and talent show.

Fluent Chinese speaking is not just what it takes to win the competition. Tanya was deeply impressed by the versatility of other players. French competitor Marine De Nicola integrated the elements of national flags of China and France into the formal attire put on at the Competition to show his love for China; Owen Churchill from the U.K. studied at Beijing Normal University and is good at cucurbit flute performance; Luo Winson from Indonesia put on a vivid imitation of Chinese famous actors including Andy Lau, Jacky Cheung and Li Yugang. “If you close your eyes and listen to him singing, it is exactly Jacky Cheung”, other players commended the performance as such. !e more intensive the Competition, the more high-spirited Tanya was. Tongue twister, cross talk and Chinese sitcom were all demonstrated. “I think I have done well,” she got more and more confident. 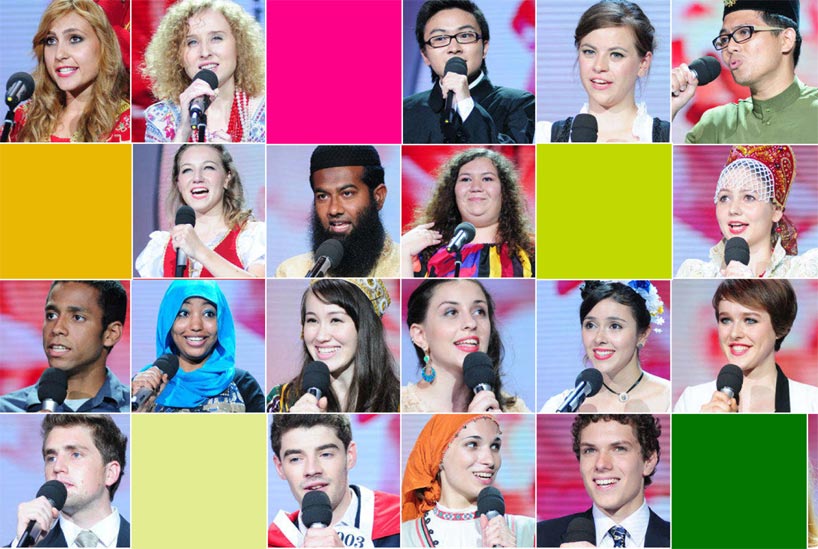 More Affection Thanks to More Understanding via Cultural Experience

“Chinese Bridge” is not only a competition, but also a platform for cultural exchanges. In order to provide the players with enabling opportunities to better understand Chinese culture, Hanban organized various experience events for them on the sidelines of the competition so that they can get to know an ancient yet modern China and experience vivid Chinese culture.

Tanya had a chance to experience local culture at a Chinese family after being ranked among top 12 players. She was a guest at a well-known family of cooking and tasted authentic delicacies typical of Hunan Province together with Benjamin McMahon from Australia, Luo Winson from Indonesia, Julian Michael Panero from the U.S. Sitting together, having a leisurely chat… Isn’t this the daily life of an ordinary Chinese family? To return the hospitality of the host, the players “made friends through culinary skills”. Tanya produced Russian pancake. “They said it tastes good,” Tanya said complacently.

Tanya learned that other players also enjoyed colorful experience programs. Among other 8 of the top 12 players, a group wore traditional clothing, sang folk songs, listened to ancient stories told by Tujia people and joined a wedding ceremony in Yuanjia Village of Tujia ethnic group; another team enjoyed tea at the home of Li Na, an Olympic gold medalist. “I tasted the Gongfu tea made by Li Na. It’s delicious. In my home country, people only like drinking ice water and coke. Gongfu tea offers me a totally different experience,” Jacob Solomon Scheer from the U.S. was impressed by this visit, “direct communication with Chinese people helps me understand and love China more deeply.”

For Tanya, it’s a source of luckiness that she set foot on the spiritual bridge connecting China and the world. She was grateful to Hanban for such a wonderful cultural trip which enables her to gain access to cordial teachers, excellent partners and rivals, and more importantly, fascinating Chinese culture. 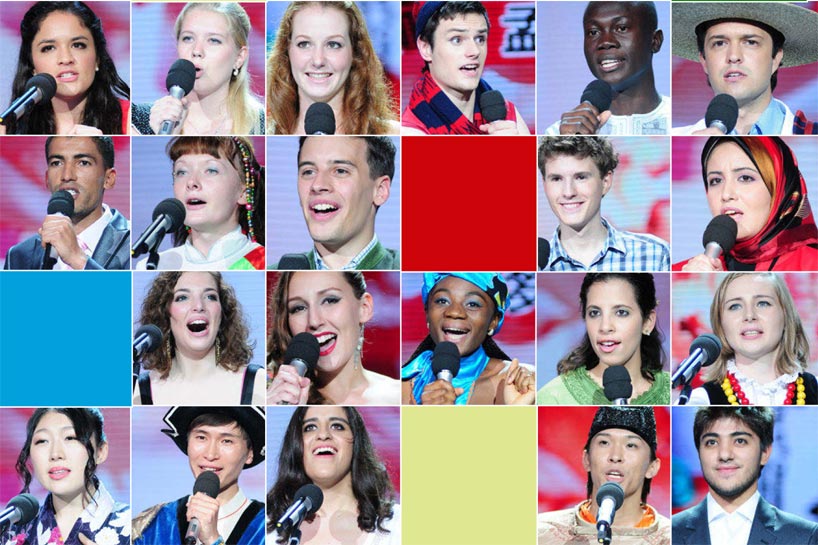 “I’ve never imagined that I could acquaint myself with so many friends from around the world,” said Tanya when being asked about her feeling of joining the competition. After several days of living together, the students of different colors and ethnic groups are inseparable. Heart-to-heart talk with Son Jio from Republic of Korea, having her shoes wrongly put on by Julian Michael Panero from the U.S., tightly embracing with excited Isaia Herimialy Ratsizakaina from Madagascar who advanced to be one of top 6 players… Tanya took with her many unforgettable memories like everyone on “Chinese Bridge”.

“Chinese Bridge” is more than only a competition; it is a platform for youngsters worldwide who love Chinese language and culture to communicate with and learn from each other. When the grand final was kicked off, Tanya cheered for top 6 players offstage as every one of them is her best friend. For Tanya, the competition platform looks more like a stage. It’s better to say they are expressing their gratitude to “Chinese Bridge” and affection for China than competing against each other.

When the Competition came to an end and departure was just around the corner, Tanya knew that the touching and grateful feeling of every contestant is the same with hers as they are acquainted with and know each other well through “Chinese Bridge” and are more fascinated by Chinese language and culture through “Chinese Bridge”. Jacob Solomon Scheer from the U.S. was very reluctant to leave, “‘Chinese Bridge’ gathers us together. !ough we’re different in outlook on life and values, we share the same affection for Chinese language and China.” He has already been accustomed to competing with Benjamin McMahon from Australia and Livio Lombardo from Italy in using authentic Chinese such as “It’s necessary” and “all right”. Benjamin McMahon described their friendship like this “no matter which country we come from, we communicate with each other in Chinese!”

“I want to write a Russian ‘Travels of Marco Polo’ where I will tell what I’ve seen in China to more Russian people.” This is Tanya’s Chinese Dream. Tanya believed that her destiny with Chinese language is just started. “Chinese is my first and life-long lover,” and no words are necessary by now. 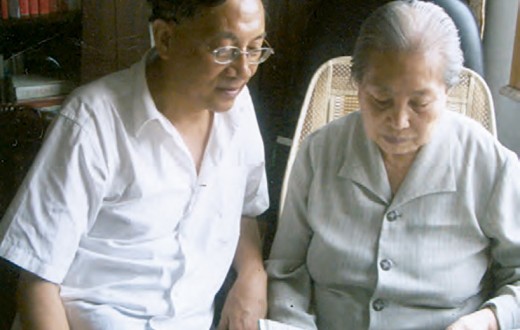 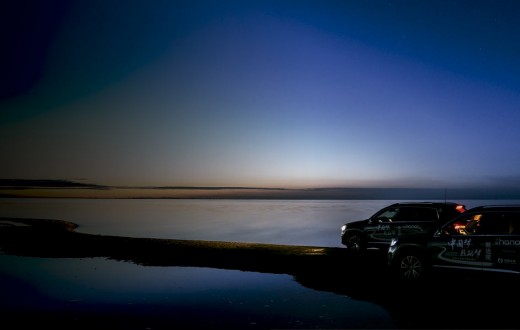 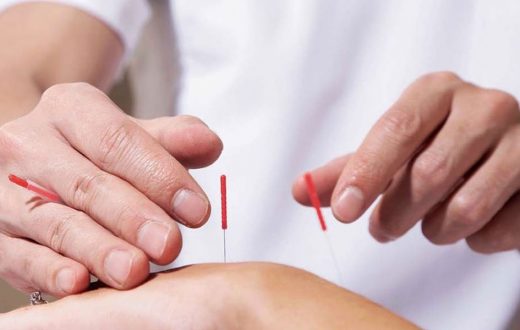 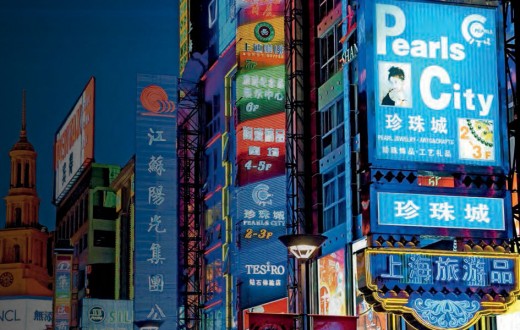 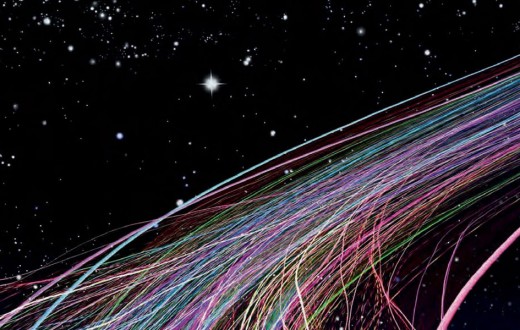 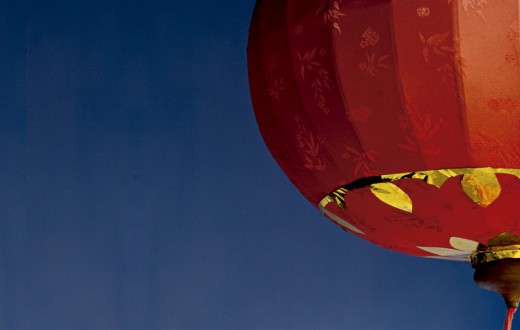