For a long time, China has been a magnet attracting overseas job hunters. Today, however, employers of the second largest economy in the world are now taking a more cautious ...

A Chinese teacher traveled continuously for three days and nights – and spent £700 extra – to ensure she got back to school for the first day of the term. 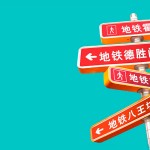 The origins of many of the Beijing’s subway stations names remain unknown. However, it is clear that some came into being because of the high number of homophones in Chinese, ...

Studying abroad in China are now a trend among the South Koreans. They will play a central role in improving relations with China.

Chinese in Russia: The number of Russians learning Chinese is surpassing the number of overseas Chinese living at the country.

Chinese becomes the trump card for job hunting in France.

The Education Ministry and Finance Ministry of Israel jointly issued a notice, asking the high schools to offer Chinese classes.

Thousands of public schools stopped teaching foreign languages in the last decade, but there are a rush by schools to offer instruction in Chinese

A multitude of Chinese share one dream: that Team China will one day win the Football World Cup.
1 2 Next ›Page 1 of 2